A couple of months ago I converted three figures from the excellent Wargames Factory Women Survivors set of plastic 28mm scale figures into St. Trinian's schoolgirls. This was the first time I had made any of the WF plastic survivors and I was very impressed with how versatile they are. 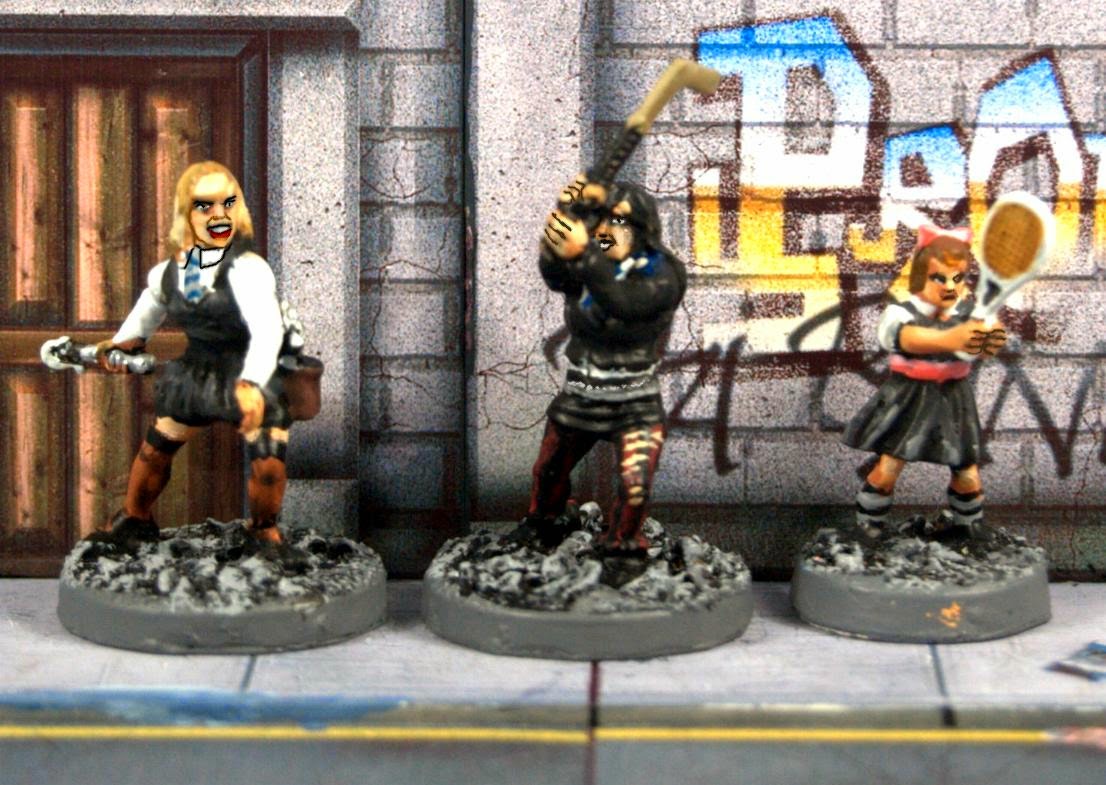 At the far left is Chloe Bernath, a member of the Posh Tottty tribe. She appeared in the film, St. Trinian's and was one of the trio of girls (along with Chelsea and Peaches) who took part in the  School Challenge quiz. This was a very simple conversion. I think I only lengthened her hair with modelling putty. When I saw the arm holding a stick of dynamite along with the bag of dynamite, I decided that Chloe should have them. Although she was strictly a non-combatant in the film, I have no qualms in arming her so. Explosive devices were usually the speciality of the Mackie twins or head girl, Kelly Jones, but all Chloe has to do is light a fuse and throw the dynamite. What could possibly go wrong?
Next up is another named character from the St. Trinian's film, Andrea the Emo. Note, she is an Emo, not a Goth, despite the similarity in looks. Andrea was a successful member of the school hockey team, so it was a no-brainer to arm her with a hockey stick. This was a major conversion that involved a lot of work. The hardest part was replacing her golf club with a metal hockey stick. Thank God for superglue! I remodelled her shirt, tie, cardigan and belt and greatly lengthened her hair. In the end, I was very pleased with the result. Note how badly laddered her tights are. 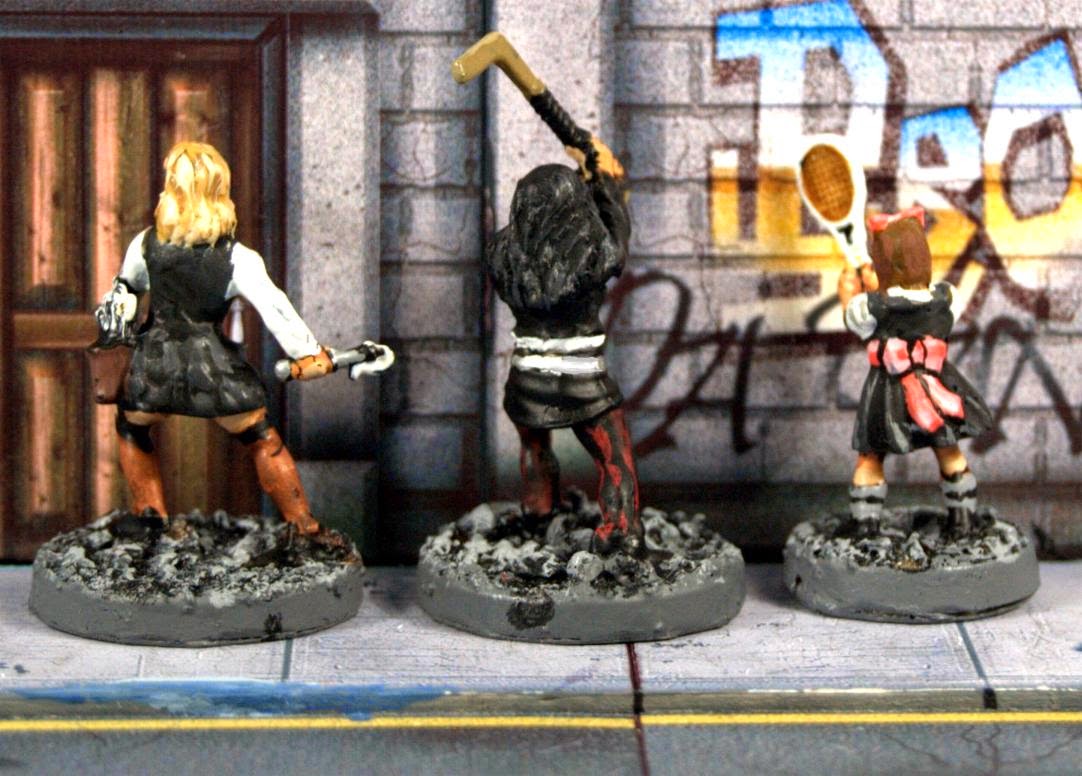 Finally, is young Patsy Walsh, a first former. She is obviously based on the little girl body that comes with this set. I gave her a suitable head and decided to add the arms holding a tennis racket. However, the arms were designed for an adult so I snipped a bit off them at the shoulder so that they were a better fit. Other than that, this was a simple conversion. Patsy is one of my designs and she does not appear in any of the films. I think a tennis racket is a suitable weapon for a first former to wield, although it isn't as good as a baseball bat, cricket bat or hockey stick.
This brings my total number of St. Trinian's schoolgirls to 27. I also have 7 staff members.

To the left of here is a photo of Chloe taken from the St. Trinian's film. Chloe was played by actress Antonia Bernath. Seeing as she was not given a surname in the film I have adopted the name of the actress for Chloe's surname. I was very pleased to be able to recapture her smile from this photo when I painted my figure of her.

To the right of here is the photo that was my main inspiration for making my version of Andrea the Emo. Look carefully and you can see her red and black striped tights. In other scenes the tights are laddered as per how I have painted them. Also, although she is wearing a waistcoat in this photo, in other scenes she wore a black cardigan and that is how I modelled her. Andrea the Emo was played by actress and singer Paloma Faith.
Posted by Vampifan at 10:23