Up until now I haven't looked at the vehicles of Mega City One that I'll be using in my Judge Dredd Miniatures Game campaign. That changes now as I showcase one of the most awe-inspiring vehicles used by the Justice Department. The Manta Prowl Tank is a vehicle used by the Judges to deal with serious disturbances such as riots. It can also be used in wartime. It has antigravity and a powerful armament. It is not the Justice Department's biggest tank, however, which is the more powerful Heavy Tank, which runs on caterpillar tracks and is reserved for military use, as opposed to normal law enforcement. 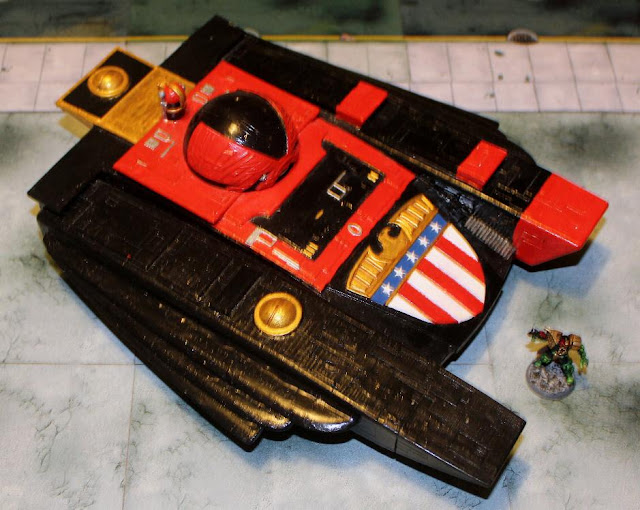 This resin cast model was produced by Warlord Games and I was fortunate enough to buy mine just a month before the Judge Dredd range was temporarily suspended. It measures 29cm in length, 24cm in width and is 6cm tall. I don't know what it weighs but it is solid resin and quite heavy. It came in numerous parts which I glued together with two part epoxy resin for a strong bond. It comes with a small flight stand, which I have fitted for these photos but it has not been glued to the tank. It raises the model about 2 cm off the ground. I have placed my 28mm scale Wargames Foundry figure of Judge Scott alongside it in my photos to give you some idea of just how large this model is. 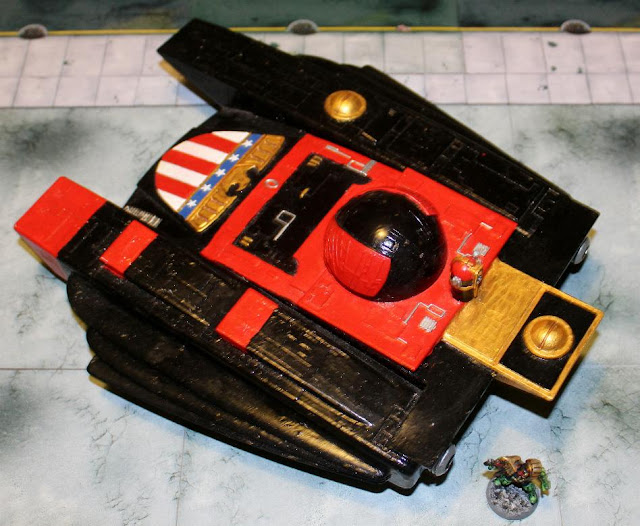 In JDMG, the Manta Prowl tank is classed as a Massive Hover Vehicle, so it is not affected by difficult or impassable terrain. If a Justice Department force wished to use one in a game, it would cost them a whopping 900 Credits, making it the most expensive vehicle in the game. 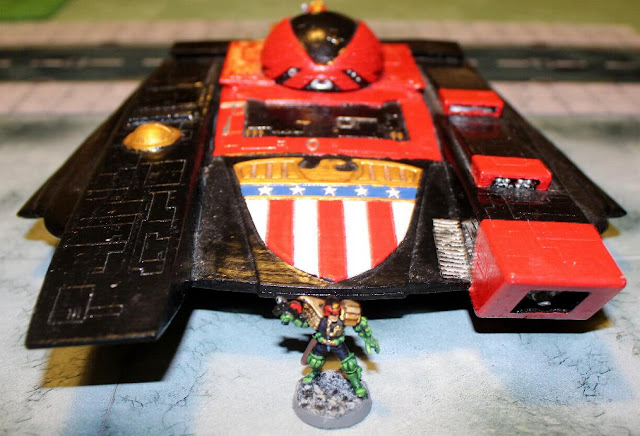 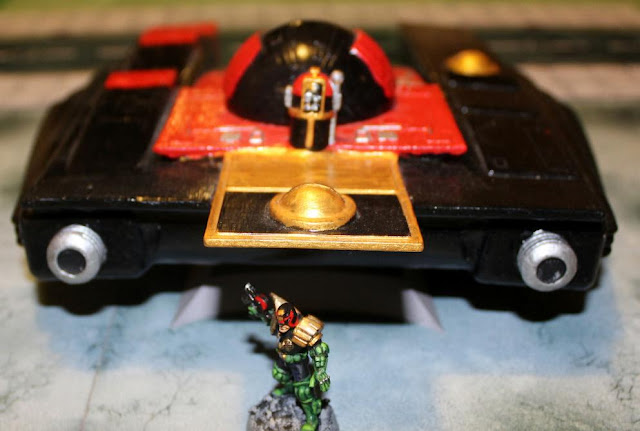 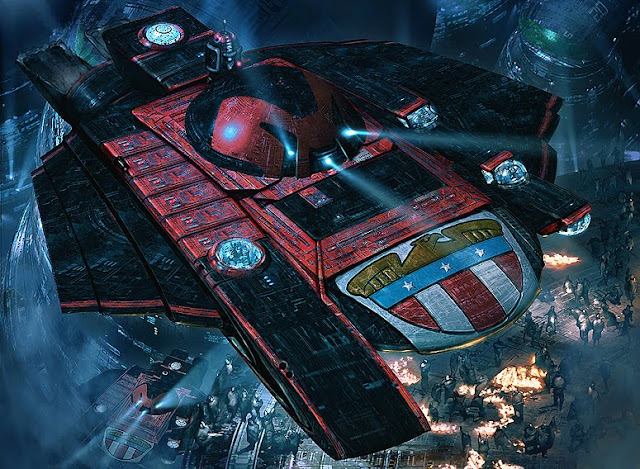 There is no question at all that the Manta Prowl Tank resin kit is a very impressive model. Despite its very high price tag (I paid £125.00 for it) I have no regrets in buying it. It may not see much use in my campaign but when it does you'll just know that the Judges mean business! However, I do have one major criticism of the model and it is this - this is NOT a 28mm scale model. It is vastly under scale. There is no way you could fit 11 crew members, 30 passengers and 4 Lawmaster bikes inside it unless they were 15mm scale. Now I can understand the problem of scale here. To make this in true 28mm scale would mean doubling it in size, making it roughly two feet square, which is just unfeasible for tabletop skirmish gaming. So I accept the scale reduction on the grounds of playability. It is still a mightily impressive model and is one that I am incredibly proud to own.
Posted by Vampifan at 09:05