I have spent a lot of my time these past couple of months making and painting infantry figures to use in my Bolt Action games. The time felt right to start work on some vehicles. So, my first choice of vehicle to make and paint was Oddball's Sherman Tank from the excellent movie, Kelly's Heroes. 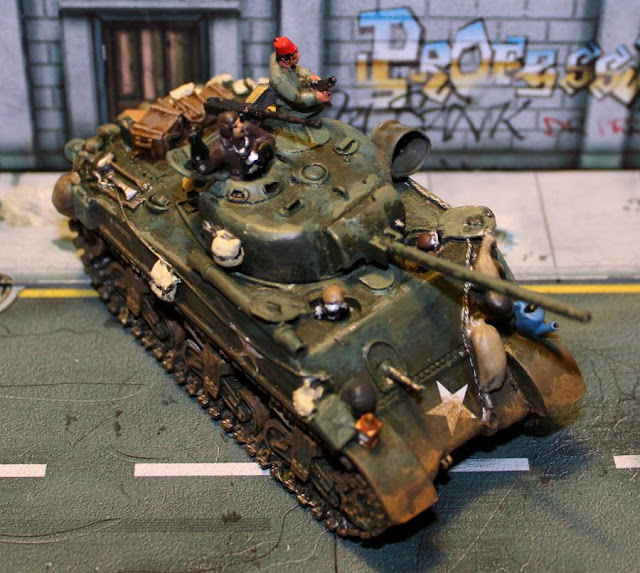 The tank is produced by Warlord Games as part of the official Bolt Action range and comes with a booklet giving its stats for use in the game. Stats are provided for a realistic version as well as the Hollywood version, which is so over the top. 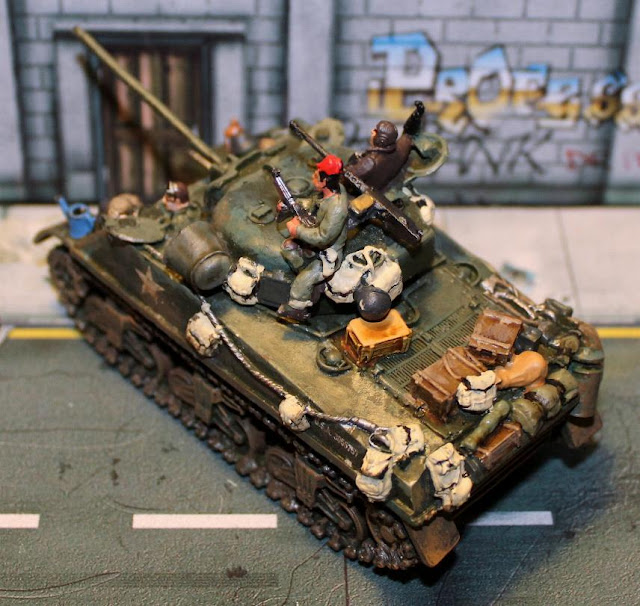 The main body, turret and tracks are made of resin and all of the other parts are made of metal. As you can see, it comes with four figures - Sergeant Oddball sitting in the turret, Turk sitting on the turret, Private Moriarty the loader in the hull and the unnamed driver sitting next to him. 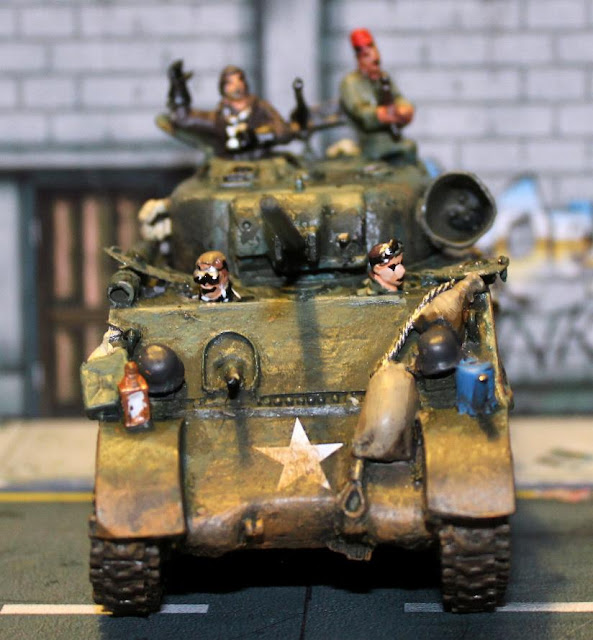 I have glued all the figures in place. Note the loudspeaker at the right side of the turret. At the end of each turn, Oddball's Sherman and any other Sherman within 12" loses D3 pin markers, such is the soothing power of Hank Williams. 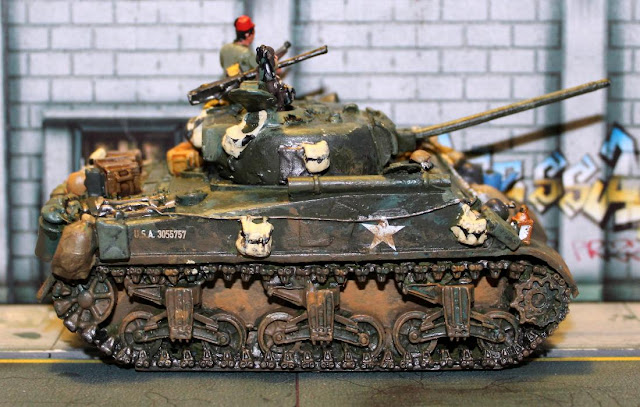 There is a 90mm drainage pipe sitting next to the turret. If placed over the main gun barrel any enemy vehicle which can trace line of sight to the drainage tube must pass an order test to  activate, even if it does not have any pin markers. The Sherman's crew are immune to Tiger Fear because 90mm is greater than 88mm. 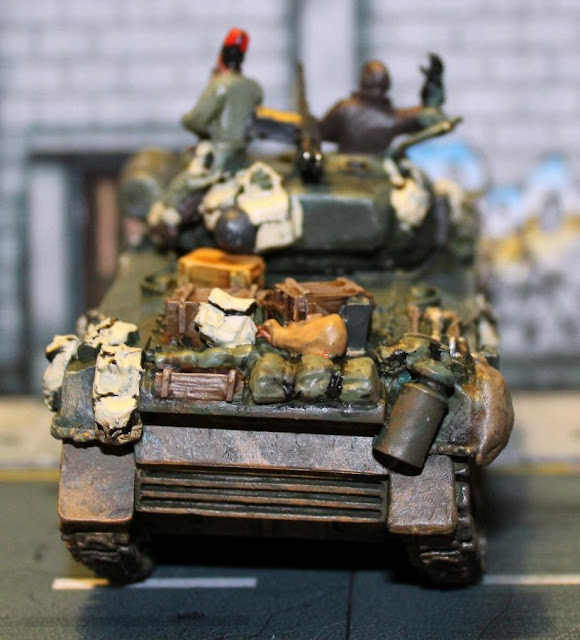 The Sherman is festooned with all sorts of gear, such as backpacks, jerry cans, crates and sacks. Who knows what loot they may contain? 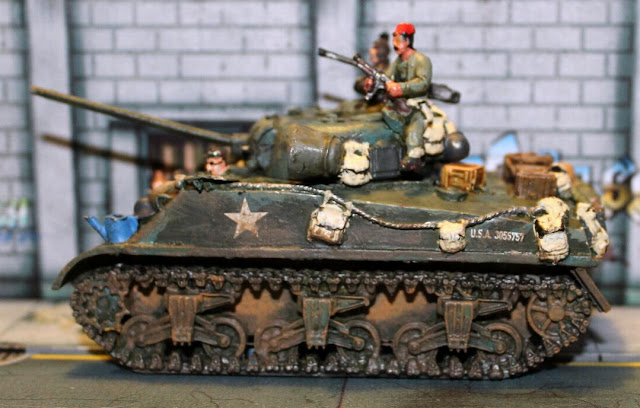 The engine has been replaced by Moriarty's Detroit Motors engine, which allows the tank to move at wheeled speed instead of tracked speed. It also has the option of firing paint ammunition, which may be fired intentionally or by accident.
Oddball's Sherman is a great model, full of character and humour. As my only Sherman tank so far I'll be using it as a veteran Sherman tank using the standard rules. I'll use the Hollywood version rules in a special Kelly's Heroes scenario.
Posted by Vampifan at 15:26