My work on my St. Trinian's project continues at a brisk pace and I have another four 28mm schoolgirls to show. The first two are named characters from the two most recent St. Trinian's films and the second pair are characters I have invented.

Regarding the figure at the far left, if you are thinking "hang on, I've seen her before," you'd be absolutely right. She is new girl, Annabelle Fritton from St. Trinian's and the head girl in St. Trinian's 2. Annabelle was played by the gorgeous Tallulah Riley. This particular figure was a sculpt from Copplestone Castings Future Wars set FW46 Corporate Babes 2 and I reviewed her not so long ago. She was originally armed with a katana and she wore white socks. The idea of Annabelle with a katana just didn't sit right with me. It looked uber-cool but it was not in keeping with her character. In St. Trinian's, it was revealed that Annabelle was an excellent hockey player. So, I cut off her katana, drilled a hole in her right hand and inserted one of my Hasslefree hockey sticks. I also wasn't happy with her white socks. They had to go. I filed them down, which wasn't very easy and I painted on a lovely pair of stockings held up by a suspender belt. Now she looked perfect. This is a much more accurate representation of Annabelle and I'm delighted at how well she's turned out. If you check out the two photos of Annabelle below you can see I've missed out her waistcoat but that's no big deal in my opinion.
Next to Annabelle is Roxy as played by singer Sarah Harding from Girls Aloud. The group appeared at  the close of St. Trinian's but in St. Trinian's 2: The Legend of Fritton's Gold, Sarah got an acting part as a young rock star who enrolls at St. T's. I'd have liked to have seen more of her character in the film as I felt she was underused. I'm afraid my mind has gone blank when it comes to identifying who made this figure. I bought her ages ago as a Goth Girl. When I was searching through my collection of Goth Girls for suitable Emos to use with my St. T's girls I was struck by just how similar this figure resembled Roxy, With a few additions like her tie and waistcoat and a new paintjob she is a very close match to Roxy. Check out my photo of Roxy below and see for yourself. 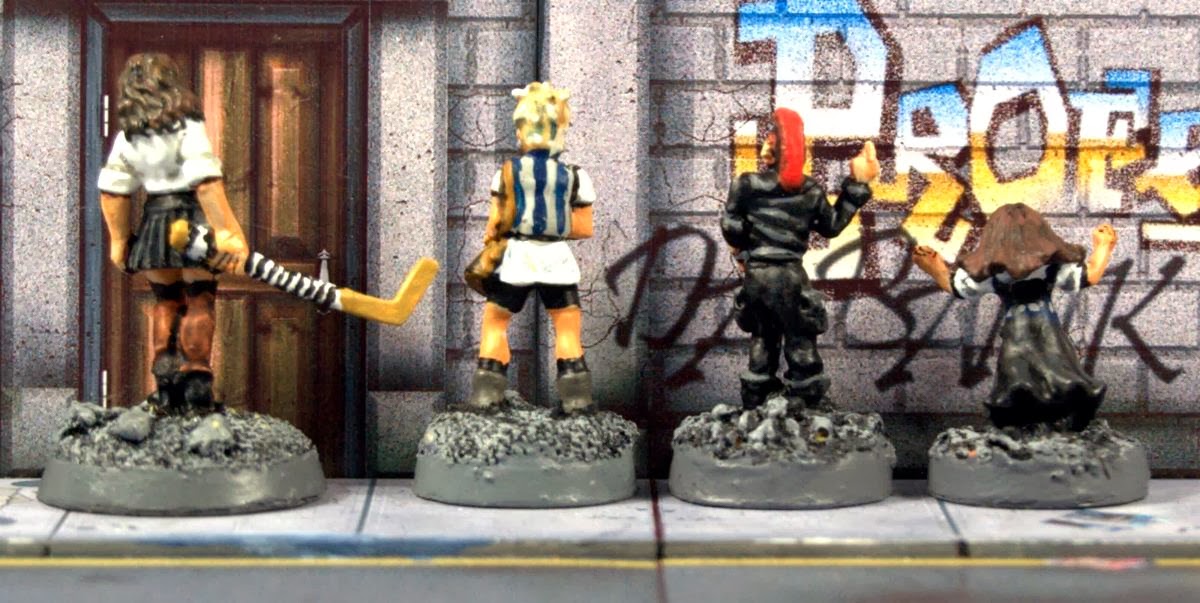 I needed someone to represent the Emo tribe of girls. By the way, don't mistake them for Goths. They may look alike but they are Emos. I'm still looking for an Andrea from St. Trinian's and a Zoe from St. Trinian's 2. This figure is Emily De'ath, available from Turnkey Miniatures. She was originally from the Mega Miniatures range of civilians but when they folded, TKM acquired a lot of their moulds. I'm glad these figures are still being produced. Emily is dressed all in black with leather jacket, T-shirt, combat pants and boots. Her hair is in a Mohican cut, coloured red and black.
Finally is a first former called Rosie Langston and she is produced by Black Cat Bases, where you'll find her amongst their civilian and townsfolk figures. She is using her school tie as a belt and is nicely posed running with arms in the air. In her right hand she holds a silver ball. It could be a stink bomb, or a metal ball or heaven forbid, an actual hand grenade!
Emily is called Girl Punk on the TKM webstore and she costs $1.89. Rosie is known as Floating Girl on the BCB webstore and she costs £1.50.
I leave with four more of my St. Trinian's photos so that you may compare my figure conversions with the actual actresses in their roles. 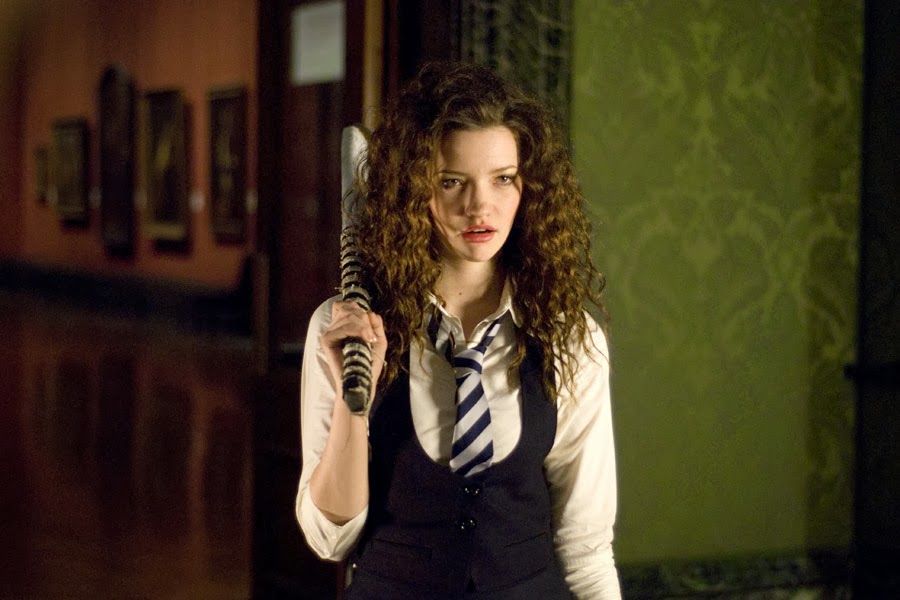 Annabelle Fritton with her hockey stick - sexy and dangerous! What a combination. 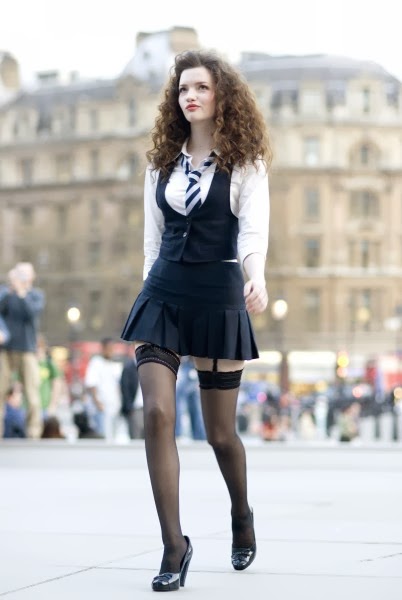 Annabelle in black stockings and suspender belt - drool! Be still my beating heart. My all time favourite St. Trinian's girl. She is stunningly beautiful. 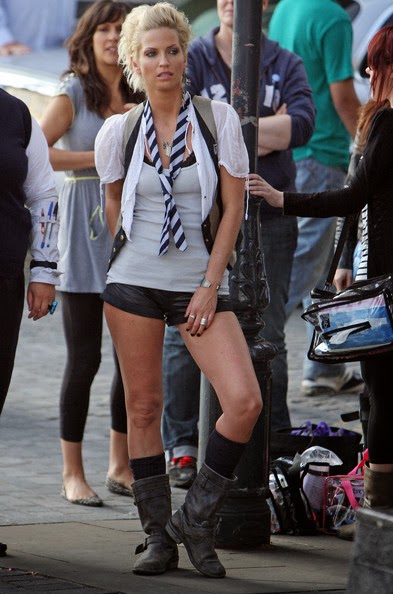 Sarah Harding from Girls Aloud as Roxy. Since when did schoolgirls wear black leather hot pants? Not that I'm complaining! You don't see many women wearing hot pants these days.

Hubba, hubba, hubba, a spanking I will go! Note the packet of cigarettes in her back pocket if you can tear your eyes away from that peachy arse. Oh, and that's Annabelle she's standing next to.
Posted by Vampifan at 10:12