I reach the end of my batch of reviews of Detectives and UK Policemen from the 1970's and 1980's to use in my games of 7TV2e. This time I'm showcasing six Killer B Games 28mm scale Policemen wearing caps. When I saw these figures my first thought was to use them as members of the Special Patrol Group (SPG). The SPG was active from 1961 to 12 January 1987, being replaced by the Territorial Support Group. 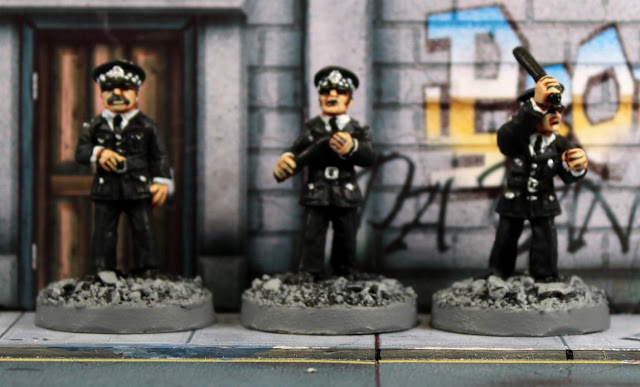 The SPG recruited experienced officers capable of working as disciplined teams, either in uniform or in plain clothes preventing public disorder, targeting areas of serious crime, carrying out stop and searches or providing a response to terrorist threats. It also conducted its own surveillance and was tasked with reducing the problem of burglaries. During the time it was active it had a dedicated radio channel and a fleet of vans to allow it to work independently of routine divisions.
The SPG originally consisted of four units based throughout London. This was increased to six and finally to eight. Each unit was made up of an inspector, three sergeants and thirty constables. Its position within the Metropolitan Police was unusual; whereas the Flying Squad became the symbol of the Criminal Investigation Department in London, the SPG became recognised as a unit that efficient uniformed officers could aspire to join. As such it had an exceptionally high level of esprit de corps. Other police forces outside London created their own versions of the Special Patrol Group. The Greater Manchester Police created the Tactical Aid Group (TAG) in 1977. The Merseyside Police formed the Task Force in 1974 which was later disbanded in 1978 and replaced with the Operational Support Division (OSD). 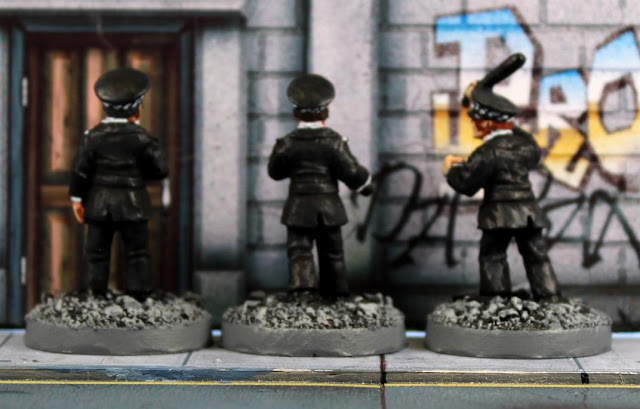 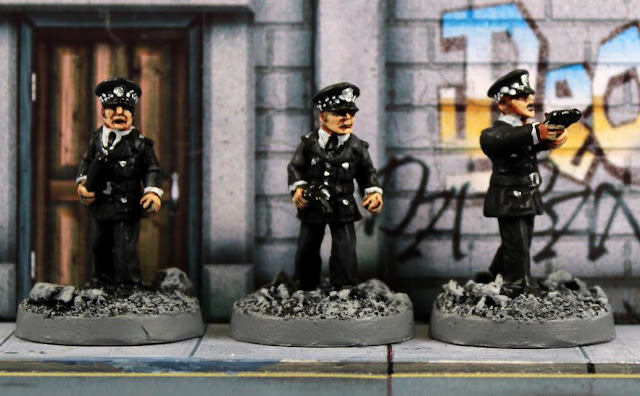 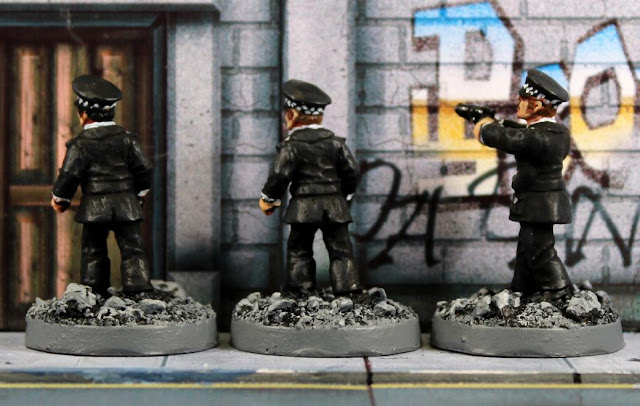 In 7TV2e I would use Inspector Dyson as a Strongarm Co-star and the five constables as Riot Police Constable Extras, due to their superior training in dealing with violent crimes. I'm not sure when I'll get round to using them in a game but they are good to have, especially if I want a small group of cops that are better equipped to dealing with trouble than my ordinary Police Constable Extras.

BLOG NEWS
If you haven't checked out my other blog, why not give it a view. You may well be pleasantly surprised as it is a very different beast to this blog. Here's the link to it - http://allthingsdungeoncrawl.blogspot.co.uk/2016/04/introduction-to-chibi-world-old-games.html
The comments received so far have been highly favourable and quite surprisingly, very long, which is great because Steve, Hilary and myself love writing and we do enjoy a long chat about anything to do with gaming. Oh, and it's not all about Chibis!
Posted by Vampifan at 10:28