The two most powerful enemies in the Zombicide: Black Plague core set are the Abomination and the Necromancer. Let's take a closer look at them. 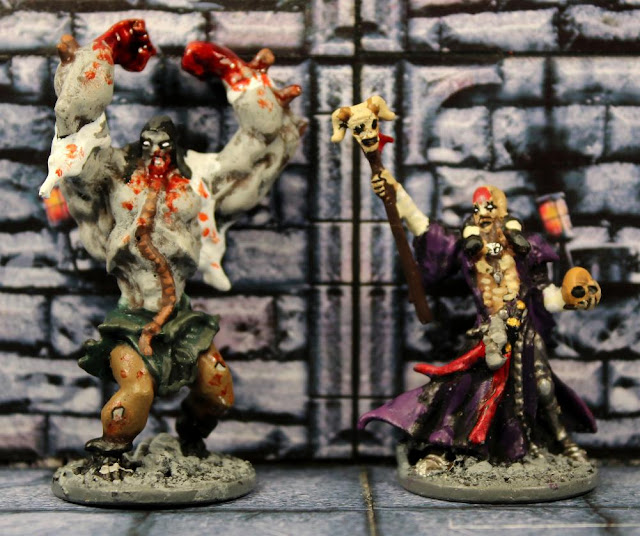 The fearsome Abomination requires a minimum of 3 points of damage to kill and killing it earns the Survivor 5 experience points. There is no Damage 3 weapon in the Zombicide: Black Plague core set. To slay the Abomination, the Survivors must throw Dragon Bile in its Zone and ignite it with a Torch, creating Dragon Fire. This will kill the Abomination and anyone else standing in that Zone, including Survivors. Incidentally, Samson, the dwarf Survivor can also kill an Abomination if he reaches Red Level and uses a Damage 2 weapon in conjunction with his +1 Damage: Melee Skill.
If an Abomination wounds a Survivor the damage may not be prevented by an Armour roll. Ouch! 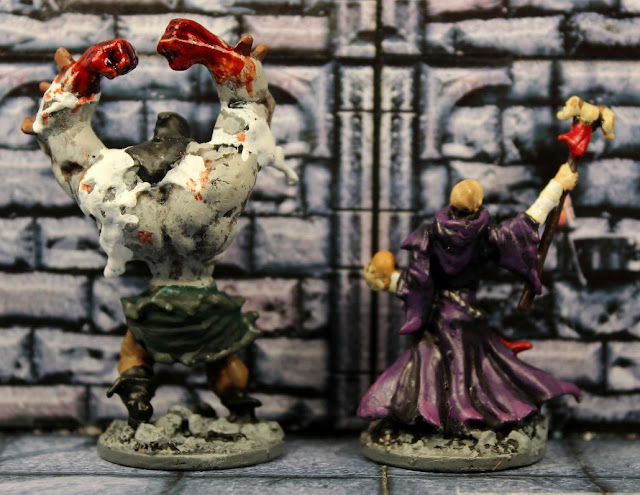 Being the most evil of all opponents, Necromancers do their best to spread havoc and seize power. They don't have time to battle survivors on their own, and try to flee as soon as they are discovered. Necromancers follow these special rules.
I have lost more games by having a Necromancer escape than by any other means. They have to be stopped at all costs, but this is not always possible. Worst case scenario is that a Necromancer spawns adjacent to a normal Zombie Spawn token. It has happened to me and unless your Survivors are close by you can't stop him escaping. The Abomination is very hard to kill, which makes him a serious threat. The Necromancer is very easy to kill but only if a Survivor can reach him in time.
With the introduction of the new expansion sets you can form a Cabal of Necromancers, allowing you to field more than one Necromancer on the board at the same time. I'll cover this topic in a later post.
Posted by Vampifan at 08:31