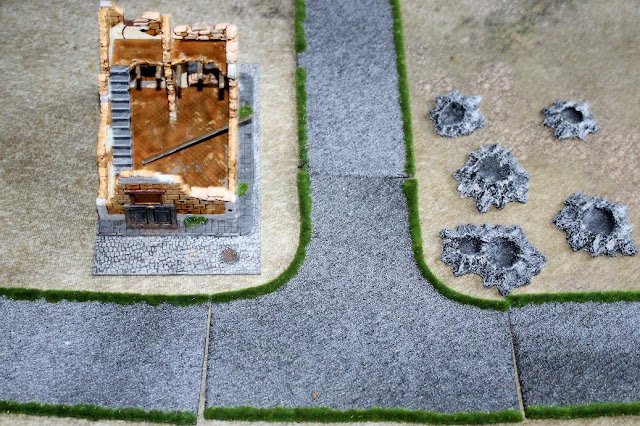 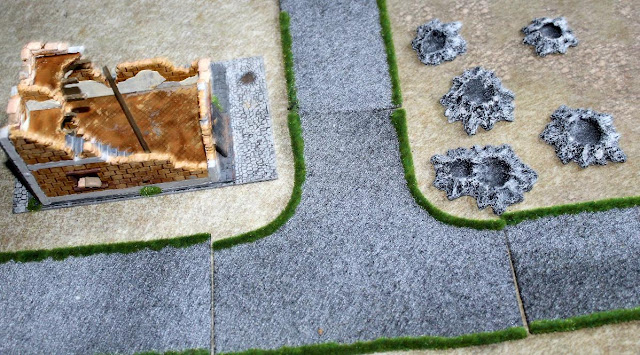 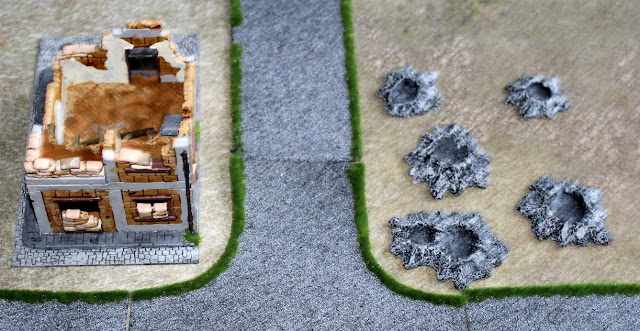 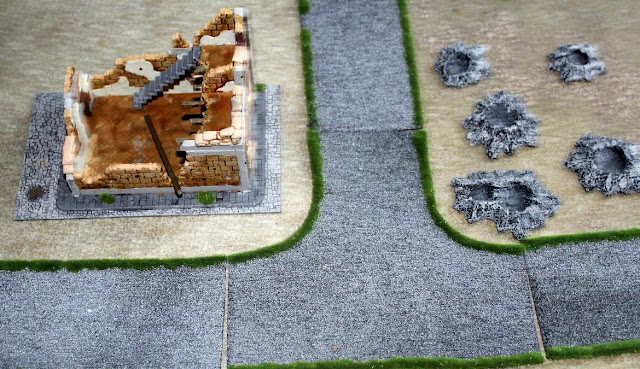 Finally, are my modular road sections, which are produced by War World Gaming, a firm I discovered on Amazon UK. The road sections are roughly 8" in length and about 3" wide. They come in straight sections, curved sections and an assortment of junctions. They are textured and ideal for country lanes. The road sections are available in grey (as shown) or dirt brown. I found them very useful and with a few sets I can easily fill my gaming board.
Posted by Vampifan at 14:38 40 comments: 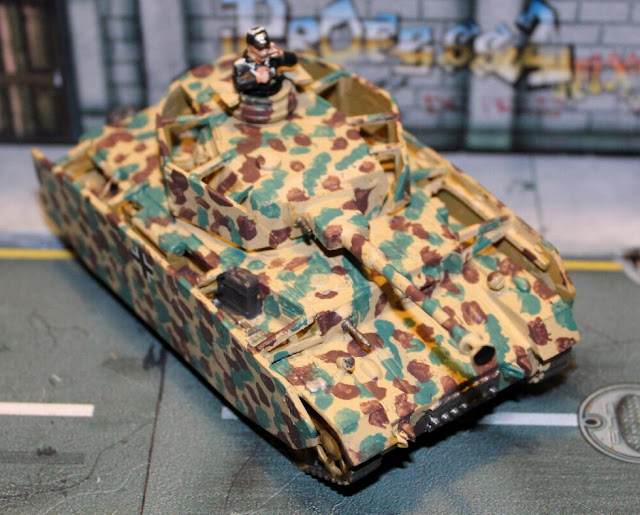 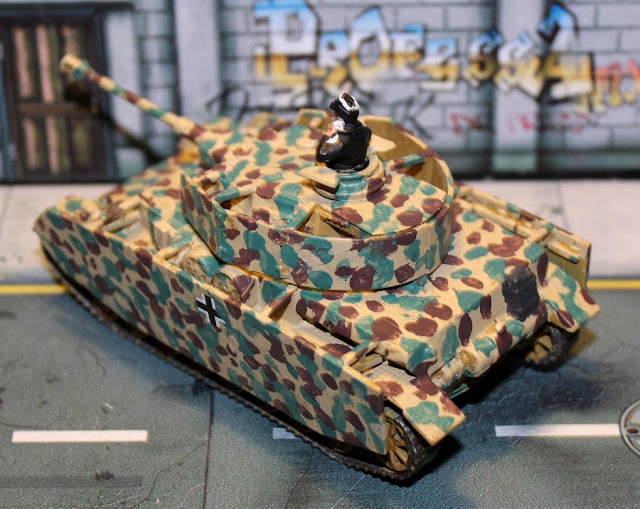 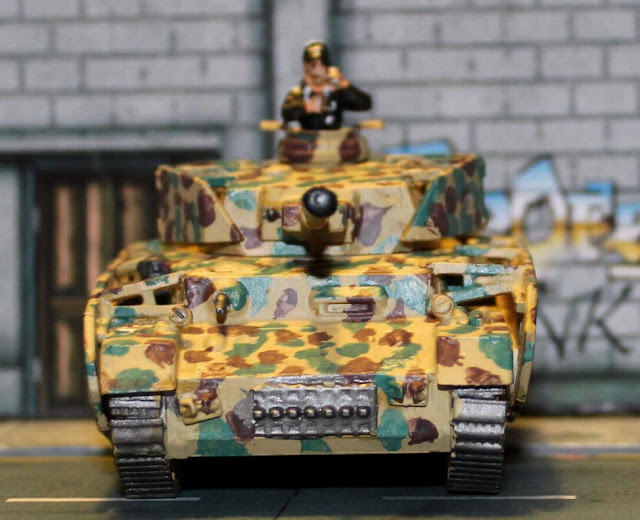 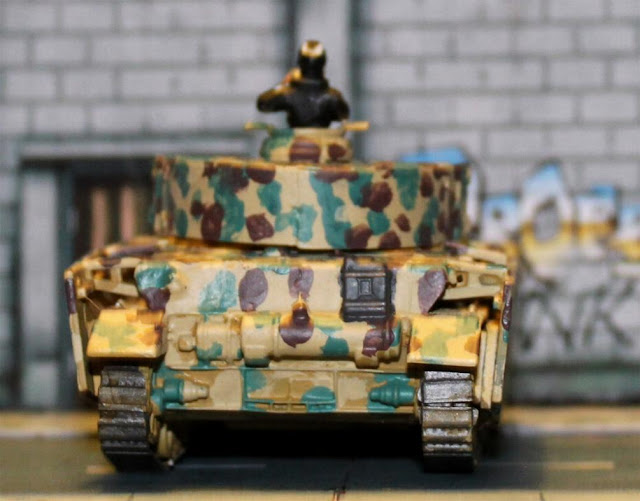 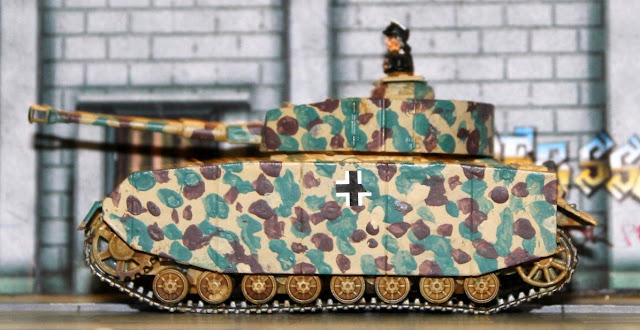 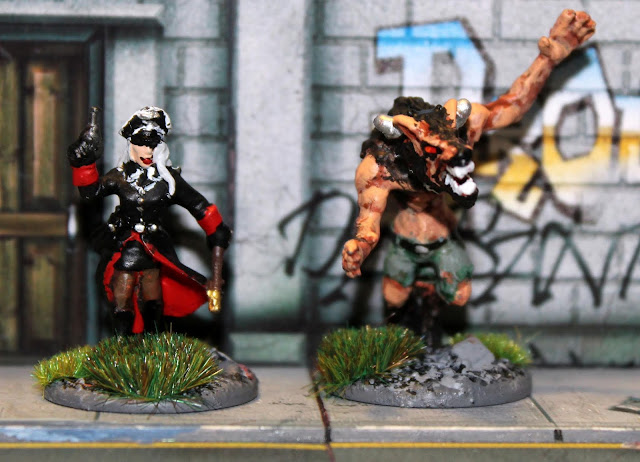 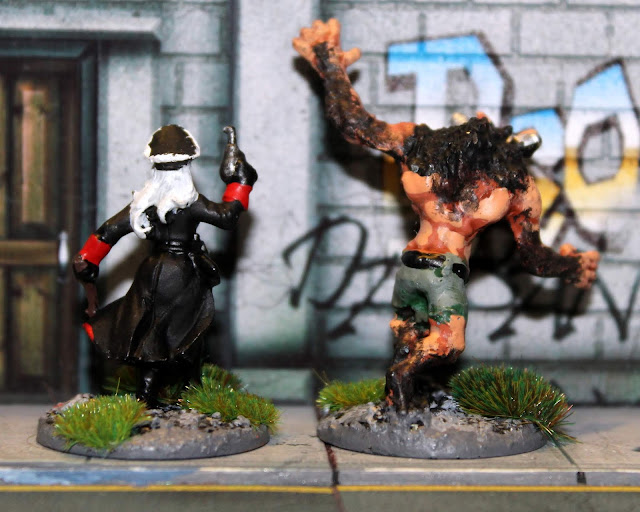 I plan on buying even more Werewolves (at least six off them) to bolster this set. Full rules for using Wulfen are provided in the basic Konflict 47 rulebook and they are fearsome troops.
Posted by Vampifan at 11:21 41 comments:

The standard German medium mortar of WW2 was the 80mm Granatwerfer 34. It was a very effective and accurate weapon that could provide longer range, on-call support. It had a maximum range of 2,400 metres and could maintain a rate of fire of 15-20 rounds per minute.

It was carried by its crew in three pieces: base plate, tube and bipod.

As with the medium machine gun team, I have based the figures separately to make it easier for removing casualties. This set is produced by Warlord Games as part of their Bolt Action range and the troops are all Panzer Grenadiers.
Posted by Vampifan at 11:32 20 comments:

The Germans were equipped with two excellent machine guns  in the MG34 and the MG42 - known to Allied troops as "Hitler's Buzz Saw" because of its distinctive noise. Unlike other armies, the Germans used the same machine gun both as a squad weapon and as a tripod-mounted support weapon. The tripod mount provided a much more stable firing platform and made it easier to keep up a sustained fire using a belt feed. Therefore, the tripod-mounted machine gun is treated as a medium machine gun, while thee squad weapon is treated as a light machine gun.

The Warlord Games Panzer Grenadier Medium Machine Gun team for use in Bolt Action consists of a gunner, loader and spotter all in prone poses. The  machine gun is mounted on a tripod.

German Medium Machine Gun teams are either regular or veteran troops. The MMG has a range of 36" and because of the "Hitler's Buzz Saw" special rule gets 6 shots per turn instead of 5 shots. It is classed as a Team and Fixed weapon. This is a very powerful support weapon.
Posted by Vampifan at 14:36 14 comments: