And so I come to the final figure in my lengthy review of all of the 28mm scale miniatures from the Castle Ravenloft board-game for 4th edition Dungeons and Dragons. In my opinion, I have kept the best till last because Gravestorm is a truly awesome figure in size, sculpting and abilities. 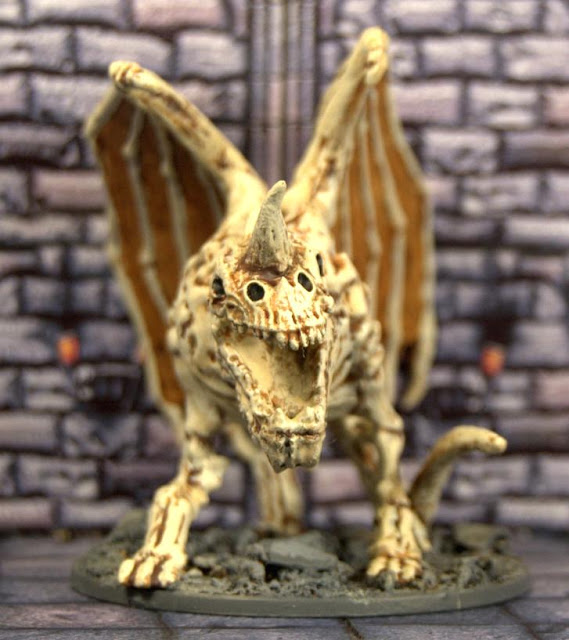 Gravestorm is the largest figure in this game. He stands on a 75mm diameter base and is 90mm tall by 120mm long (would be longer still if his tail was uncurled). If you were wondering how can such a large creature fit into the rooms and corridors of a castle, he has a special ability called Squeezing, which allows the figure to be placed over walls as long as the centre square that Gravestorm is on is open. 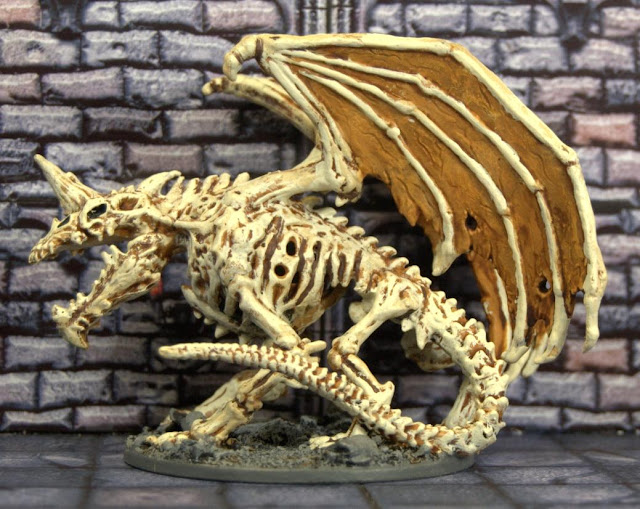 There are only two named Villains in the Castle Ravenloft board-game - Count Strahd Von Zarovich, the vampire lord and ruler of the country of Barovia, and his most prized servant, Gravestorm the Dracolich. Both are formidable opponents capable of wiping out a party of Heroes on their own. Gravestorm is a level 6 Villain and he activates at the start of each Villain phase. His stats are AC14 and he has 20HP (gulp!). 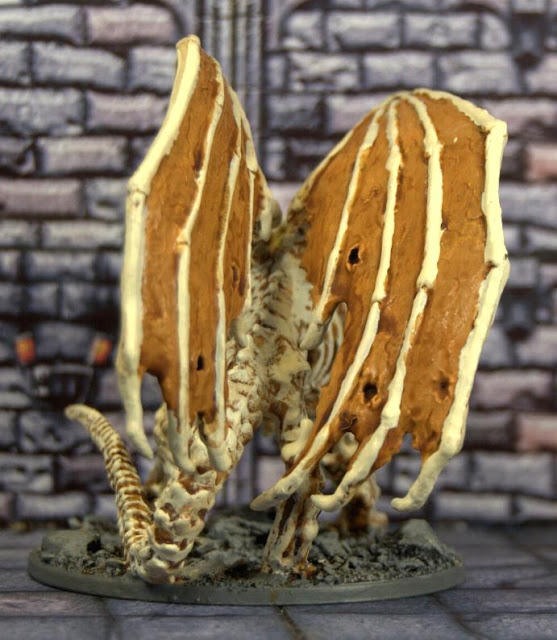 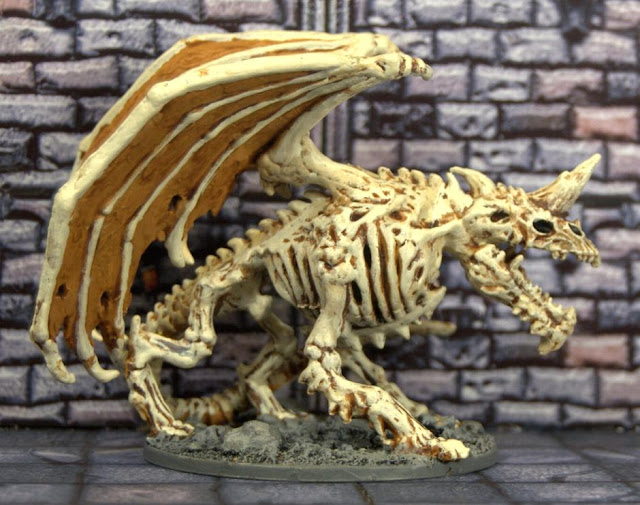 Strahd is harder to hit than Gravestorm with Armour Class 19 compared to the Dracolich's AC14 but no one in Castle Ravenloft has as many Hit Points as Gravestorm. With HP20 he can soak up a tremendous amount of damage. In all of the scenarios provided with this game, the Heroes usually have to face only 1 Villain at a time. Just imagine having to face Strahd and Gravestorm together! What a frightening thought!
When you first open the Castle Ravenloft boxed game, Gravestorm just stands out from all the other figures simply because of his size. But look closer at him and you realise what a fantastic figure he is and how amazingly well sculpted he is. This game features some genuinely well sculpted figures, like the Blazing Skeletons, Dracolich, Flesh Golem, Howling Hag and Rat Swarm, as well as a few very badly sculpted figures like Strahd/Young Vampire and the Zombies. The rest are mostly good with a few being average. Ultimately, I am very glad that I bought this set, due to its emphasis on the undead. I enjoy playing it and will continue to play it. What more could I ask for?

Finally, I have created a new page containing all of my Castle Ravenloft posts so far. Just click on the label marked "Dungeons and Dragons" at the top of the page if you want to check them out.
Posted by Vampifan at 10:36