There are many crazes in Mega City One. One of the more popular crazes is Boinging. Boing is a spray-on rubber coating that solidifies into a giant ball around the user, turning them into a human pinball. Safely encased within the Boing ball, the occupant can still breathe naturally but is impervious to outside forces, allowing them to bounce great distances. Due to the great destruction that can be caused by citizens hurtling themselves off city blocks and then bouncing for miles, Boing may only be used in special Palais-de-Boing leisure domes. I have had a hankering for adding Boing users to to my Judge Dredd Miniatures Game for quite some time but seeing as no one sells them I had to come up with a way to make them myself. I think I succeeded admirably.

I picked out four spare Heroclix figures I had whom I thought were in suitable poses (I was looking for figures who had one or two hands outstretched) and removed them from their bases. All four figures were repainted as MC1 citizens. The idea for the Boing ball came quite by accident when I was browsing on Amazon UK. I came across a product to be used as a Christmas tree decoration made of clear plastic. It came in half and could be filled with sweets or a very small presents. They looked perfect for my needs. These clear plastic baubles come in various sizes ranging from 30mm in diameter to 180mm in diameter. I chose the 40mm diameter balls, which worked perfectly for me. I used superglue to glue the figures into one half of the baubles. The two halves were snapped shut and because they are such a tight fit, I did not glue them together. The tabs for attaching the baubles to something to hang on the Christmas tree were clipped off, leaving my Boing balls perfectly round. It was a simple but very successful conversion, that I am very pleased with. Note that I had to use small blobs of Blu-tac to fix my Boingers in place when I took my photos of them. They will roll all over the place if you just breathe on them!

Although there are no rules for using Boingers in the JDMG main rulebook, they do appear as one of the Random Events results (Boing Attack!) in the Blood on the Streets supplement (see page 131). There it states, "A Boing user bounces straight into the battle and then, just as quick, bounces back out again. Both players select one their own models and roll a die. If either rolls a 1, their model has been struck by the Boing user (if both roll a 1, both models have been hit - the Boing user has brought a friend). If neither rolls a 1, both players select another model in each of their forces and rolls again. This continues until at least one 1 has been rolled, or all models have been rolled against. If a model is hit by a Boing attack, it must pass an Agility test (a roll of 6+ on 1D10). If it fails, roll one die and lose that many Hits. Armour does not protect against Boing!"

This led me to thinking, what if you could use a Boinger as a mercenary to be hired by your force? So, I came up with these stats for a Boing user. Type: Infantry Minion. Move 2D10", Agility +1, Shoot +0, Melee +0, Melee Dice 2D, Will +0, Armour Special, Hits 1. Cost 60 Credits (includes 40 Credits for the cost of the Boing suit). To move, a Boing user must pass an Agility check to determine the direction of the bounce. A failure results in him bouncing in a random direction. I suggest rolling 1D12 to determine the direction, with 12 being the direction you wanted to travel in but you can use whatever method works best for you. Distance moved is determined by rolling two dice and adding their results together. If this causes the model to exit a table edge, they are removed from the game. For a Boing user to attack another model, make a Melee strike as normal. If the Boing user succeeds, the target takes 1d5 Hits of damage with no Armour save allowed. This is deliberately less than that of the Boing Attack random event because they are not bouncing from such a great height. Boing is impervious to any attack except Laser weapons or those that cause Fire. For these attacks Boing has AP+0. A Boing user may not use any weapons whilst encased in Boing. The following may hire a Boing user as a mercenary - Ape Gang, Futsie, Mobsters or Street Gang. 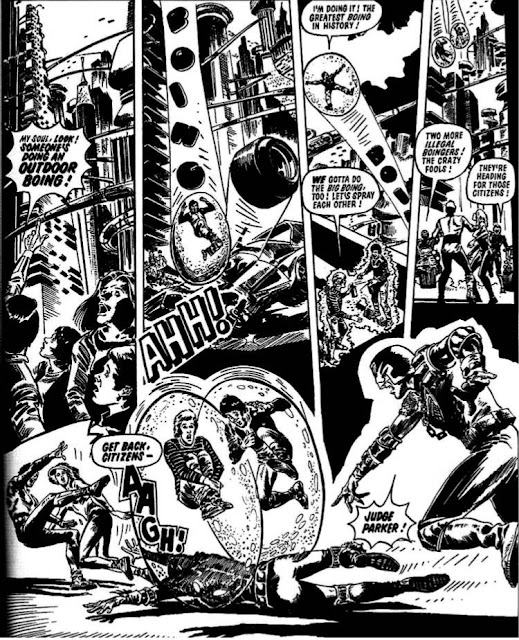 If you'd like to make your own Boingers, here's the link to where I bought my clear plastic baubles from - https://www.amazon.co.uk/OurWarm-Transparent-Fillable-Christmas-Decoration/dp/B01JG89A8Y/ref=pd_rhf_pe_p_img_1?_encoding=UTF8&psc=1&refRID=24S8NBEX8S3DMJP35EMG
Please do be aware, these come from China and I had to wait four weeks for mine to arrive. They were well packaged and arrived safely. You can buy them in packs of 10, 20, 50 or 100. Prices are very reasonable - £3.69 for ten 40mm diameter baubles with free post and packing to the UK. 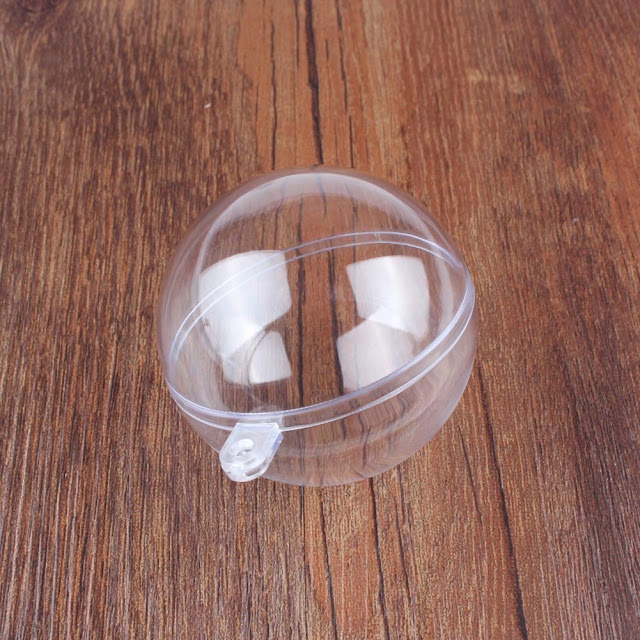 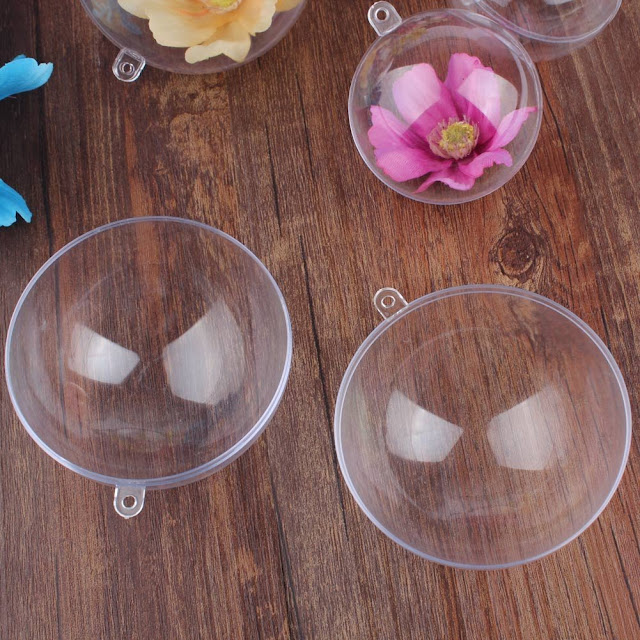