Following on from my last post where I introduced the first of the staff members of St. Trinian's Girls School here are another four staff members - the school secretary and three teachers, although one of them is not what she appears to be. Curious? Then read on. 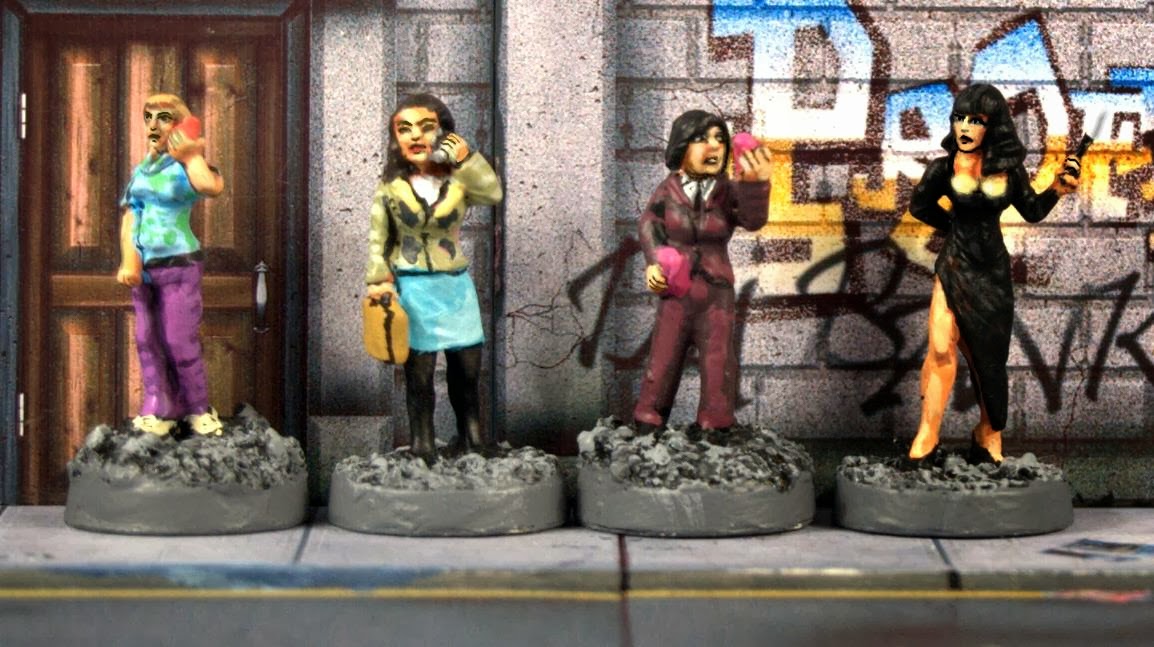 First up is Beverly Whittaker, the school secretary, a ditzy blonde, played by Jodie Whittaker in St. Trinian's and St. Trinian's 2. Beverly is not the sharpest tool in the box. She spends most of her time listening to pop music on her iPod. She seems to have a large stash of dodgy drugs - uppers and downers, or red pills and blue pills, which she'll happily dole out to anyone she thinks deserves one, like for example, Stephen Fry in St. Trinian's. Beverly is a 28mm scale civilian figure from Turnkey Miniatures, where she is known as Teen Girl on Cell Phone (price $1.89). If you were wondering what she's holding in her left hand it is of course, a cell phone.
Next in line is Miss Dickinson, the English teacher as played by Lena Headey. It is Miss Dickinson who persuades the school to enter the TV quiz show School Challenge competition, thus gaining them entry to the National Gallery, providing they reach the final which, of course, they do. She is yet another woman talking on her mobile phone. She carries her briefcase in her other hand. This figure came from Black Cat Bases civilian and townsfolk range and is Female Civilian (price £2.00). I added Milliput to her hair to make it longer. 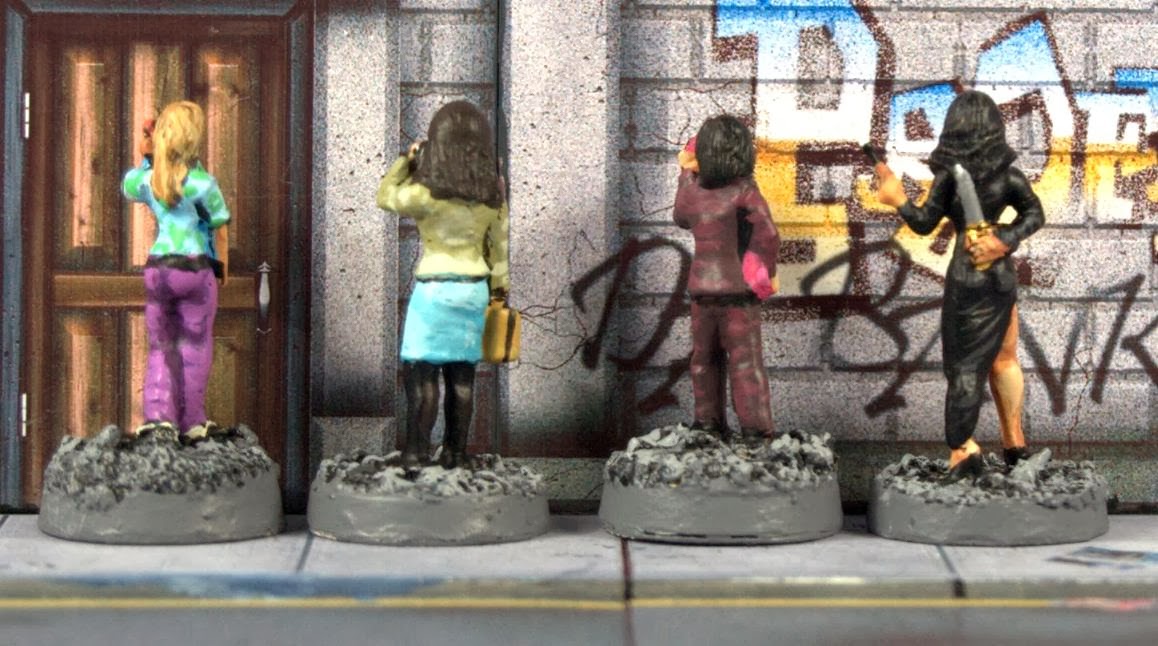 The third figure in line is not a real teacher but is actually an undercover police woman on assignment to gather evidence of wrongdoing at St. Trinian's. She is, of course, WPC Ruby Gates, as played by Joyce Grenfell to great effect in the first three St. Trinian's films. This is a more up to date version of Ruby and is my vision of her as a 21st century character as opposed to a 1950's woman. Perhaps this is the original Ruby's grand-daughter. This figure is another Turnkey Miniatures civilian and is their Business Woman on Cell Phone (price $1.89). I liked the figure but I had no idea what to do with her until I remembered a comment by Clint, who said I must include a figure of WPC Ruby Gates in my collection. Okay, so she doesn't look too much like Joyce Grenfell (see photo below) but instead she is a re-imagining of a popular old school character. Once again, the figure is posed talking on her mobile phone. She also carries a small handbag. My thanks go to Clint for his most excellent suggestion. Do you have any ideas for which subject Ruby should teach? I'm thinking computer studies.
Finally, we come to the sultry Miss Maupassant, the foreign languages teacher as played by Caterina Murino in St. Trinian's. Finding a suitable figure for her proved surprisingly easy. I remembered that Black Cat Bases made a figure of Miss Scarlet (price £3.00), one of the suspects from the popular board-game Cluedo, or if you live in America, Clue. She was just perfect. The figure comes with a choice of six right hands, all holding one of the six weapons featured in the board-game - dagger, iron pipe, revolver, rope, spanner and torch. I decided a dagger would best suit her and so she hides it behind her back. In her other hand she holds a cigarette in a cigarette holder, which just adds to her elegant poise.
I leave with photos of the four characters as they appeared on screen. There is more to come for this project, but not for a while yet. Don't worry, I haven't forgotten the St. Trinian's scenario I promised you all. It will appear soon. 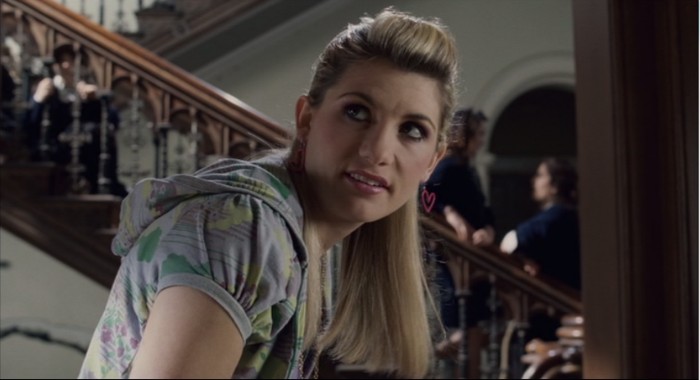 Beverly Whittaker, the school secretary and archetypal blonde airhead. "Would you like an upper or a downer, love?" She speaks with a broad Yorkshire accent. 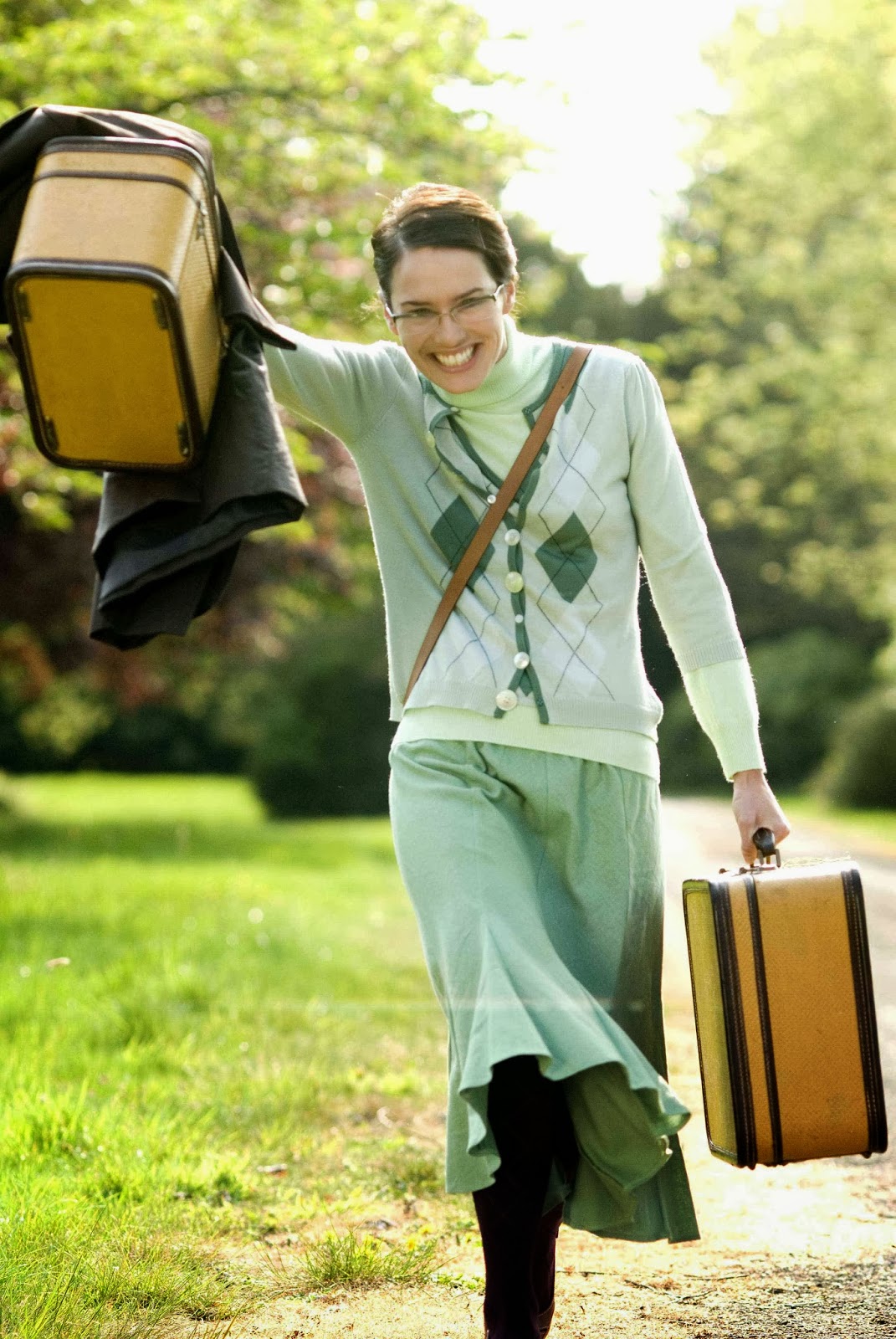 Miss Dickinson the English teacher arrives at St. Trinian's on her first day, full of enthusiasm and bright ideas. She's in for a rude awakening once she steps inside! 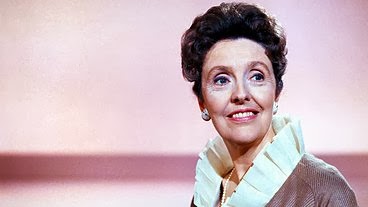 WPC Ruby Gates, or Gatesy as she is often referred to, in civilian clothing. A rare early photo of her in colour. I do have a suitable figure of her in her police uniform but you'll see her in a future post. (Sorry, Clint, you're just going to have to wait a bit longer.) 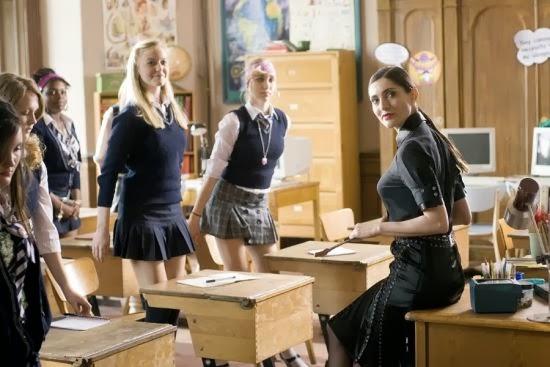 Miss Maupassant the sexy foreign languages teacher teaching French to her attentive class. If my French teacher looked like her I'm sure I'd have taken more attention in class. Yes, I flunked my French "O" level.
Posted by Vampifan at 11:05