It seems such a long time since I last reviewed any Hasslefree Miniatures 28mm scale figures. I recently sent away to them for four of their young ladies to convert into named characters from the 2007 film - St. Trinian's. This is my favourite St. Trinian's film and I'm striving to make as many named girls from the film as I can. 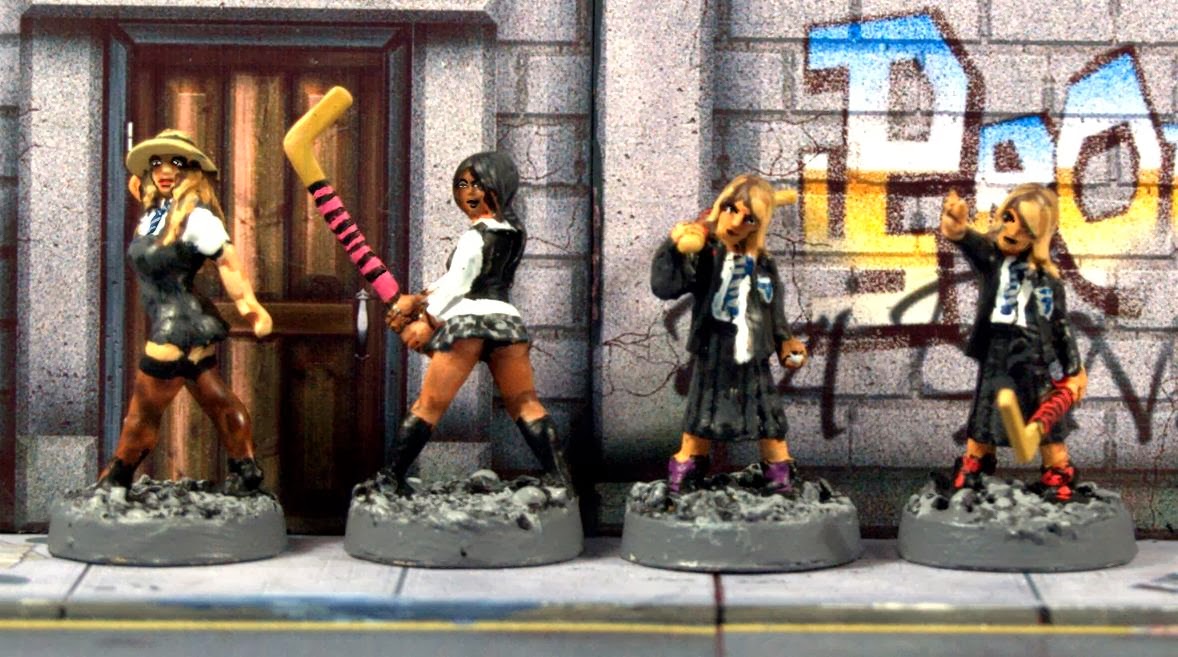 At the far left is Chelsea Parker, the head of the Posh Totty tribe. Chelsea was played by Tamsin Egerton in both St. Trinian's and St. Trinian's 2: The Legend of Fritton's Gold. This figure is a conversion of HFH029  Beach Babe Libby, who wore nothing but a very skimpy bikini and her hat. I had to do a lot of converting to get her to look like this. It seemed such a shame to cover up such a perfect body but it had to be done. I sculpted her dress, blouse and tie out of Milliput and I made her hair longer and curlier. This pose is perfect for Chelsea. At first, I was going to add a hockey stick to Chelsea's left hand but upon reflection it seemed inappropriate for her to have one. She was never a member of the school hockey team and was not noted for being a combatant. She used her sex appeal to get her way and this figure just oozes sex appeal.
Next in line is Taylor the Chav as played by Kathryn Drysdale in the St. Trinian's film. She did not appear in the sequel. Taylor was not given a surname so I used the actress's surname and called her Taylor Drysdale. Taylor, along with Andrea the Emo and Kelly the head girl were the trio who stole The Girl With A Pearl Earring painting from the National Gallery in London. This figure was an easy conversion. She is based on the figure of HFA025 Suzi (b) with a katana and I simply replaced her katana with a hockey stick. Hasslefree sell a sprue of five hockey sticks (HFL007) which I ordered at the same time as these girls. 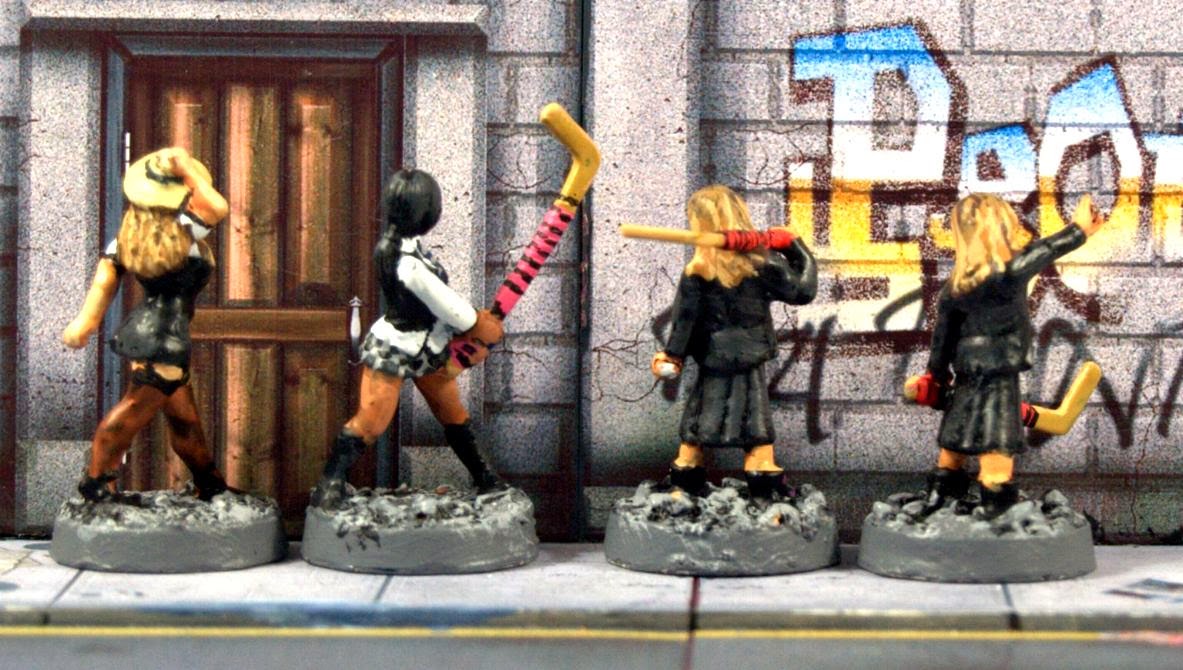 The two characters I most wanted in my collection were Tania and Tara, the terrible first form twins played by real life twins Cloe and Holly Mackie. These two are evil! They are keen demolition experts and very good drivers. In St. Trinian's they drive the school bus to London when the girls visit the National Gallery and at the start of St. Trinian's 2 they are seen driving a classic Mini Cooper whilst being pursued by the police! The twins were converted from the ubiquitous HFA030 Alyx, which is available in three versions. For Tania I gave her the left arm holding the teddy bear but I cut off the bear. It looks like she is holding a hockey ball, which works well for me. I remade her right arm and added the hockey stick so that it was resting on her shoulder. For Tara I gave her the right arm with index and pinkie fingers pointing up. Her left arm was the one holding the baseball bat, which I cut off and replaced with a hockey stick. Note that Tania has purple bootlaces and Tara has red bootlaces. They are probably a tad too tall for their age, but I'm not too bothered about that as they are fantastic sculpts. Once again, I used the actresses surnames for the characters, so they are now called Tania Mackie and Tara Mackie.
I thoroughly enjoyed making these conversions. I thought I'd end with a few photos of these four girls from the films. I'm building up a large folder of photos related to St. Trinian's for research purposes.
Chelsea Parker leads her Posh Totty cohorts, Peaches (left) and Chloe (right) on a trip to London's National Gallery. She's so sexy! 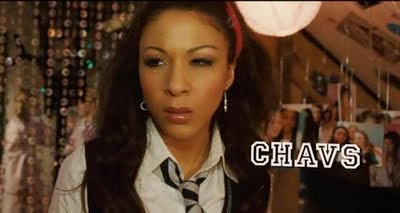 Taylor, the head of the Chav tribe of girls at St. Trinian's. Don't mess with her - she's got a lot of attitude! 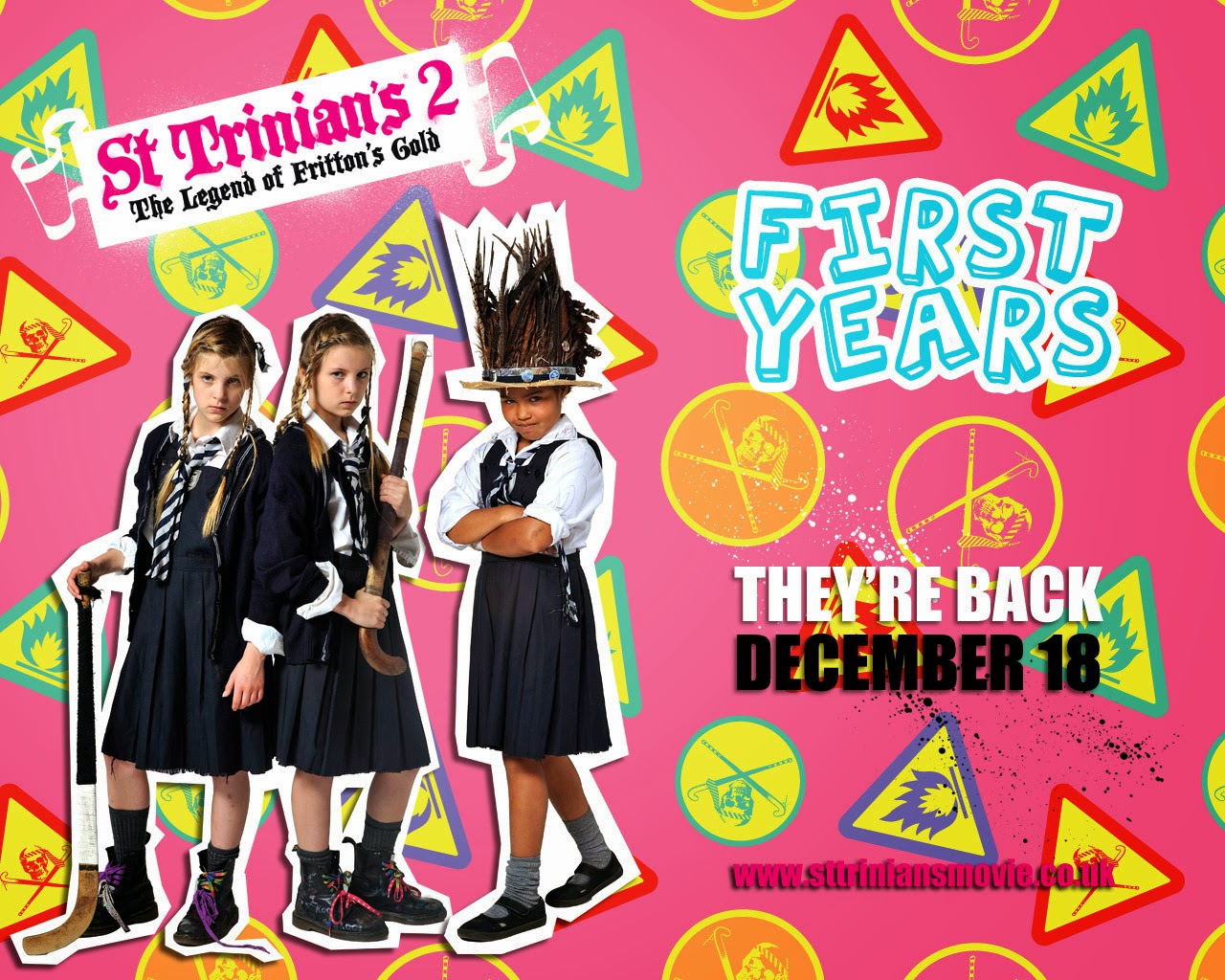 This is a great photo of Tania and Tara that helped me immensely with my conversions. Note the different coloured shoelaces! 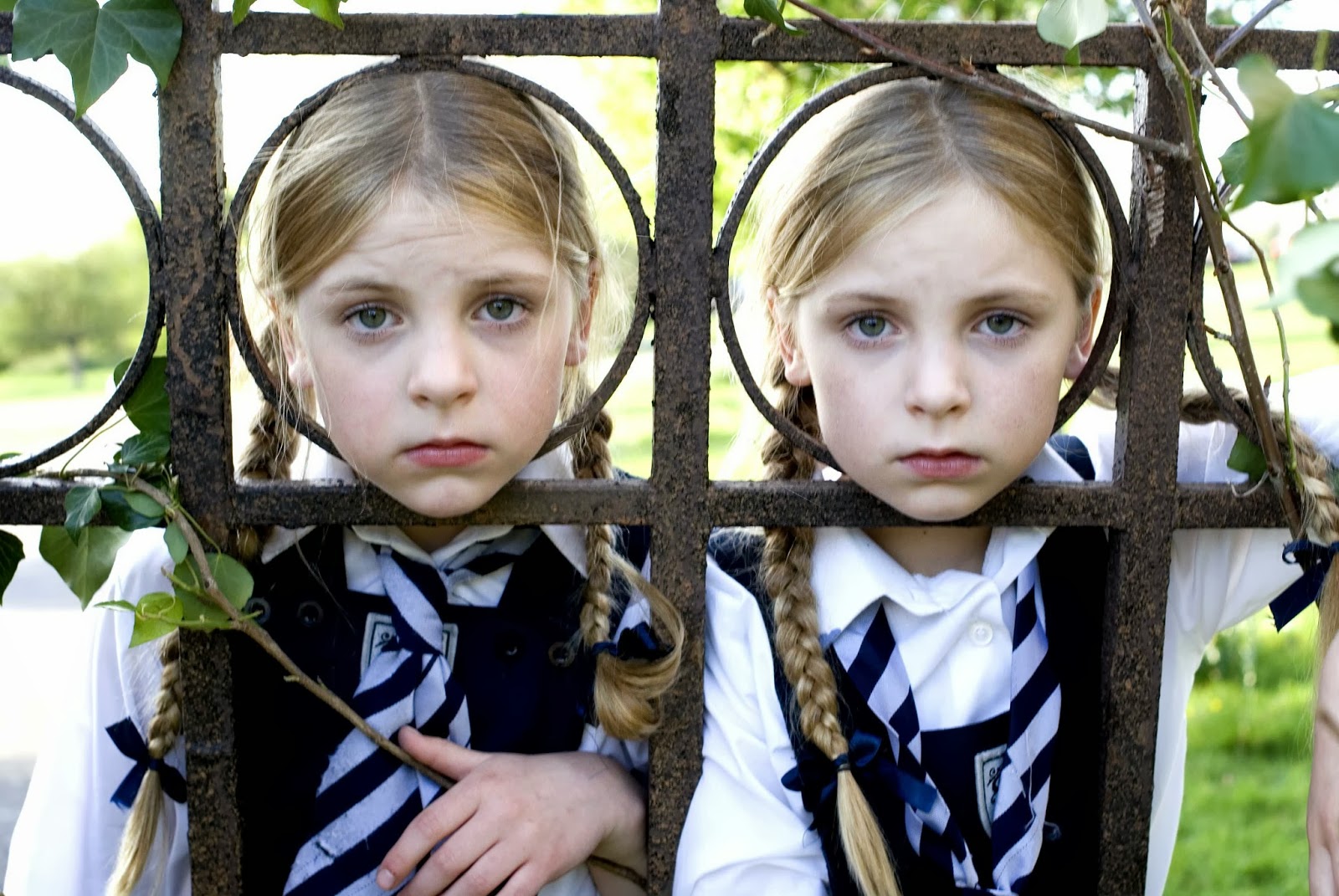 Tania and Tara again. Just look at them. You'd think butter wouldn't melt in their mouths. How cute and innocent they look. I love this photo!
Posted by Vampifan at 02:25